‘tho I’m not making a quilt.  After a lovely belated birthday dinner, complete with a dirty vodka martini, we came home and I set out to make something.  It had been a LONG week at work.  Very long week.

I followed this tutorial from Modify Tradition to make these: 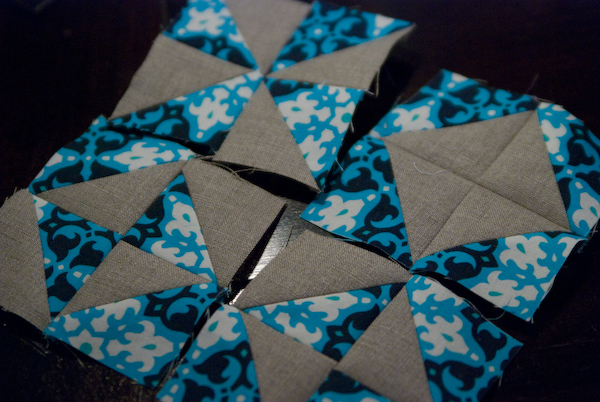 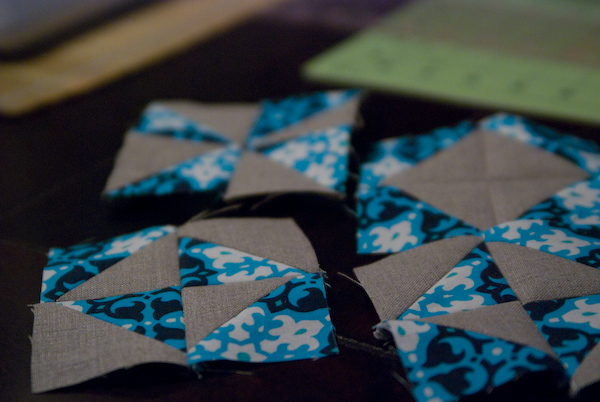 They were kind of a pain to make. I think because they are pretty small.  Being small made pressing the seams a pain.  Being small made sewing a pain.  The finished block is 4″x4″ and I originally cut 2 1/2″ square blocks.   That’s about as small as I think I should go.  Also, I was attempting to make the Broken Dishes block in addition to the Pinwheels, but I totally wasn’t paying attention when I went to the sewing machine.  Not paying attention caused my triangles to not match up the way I wanted.