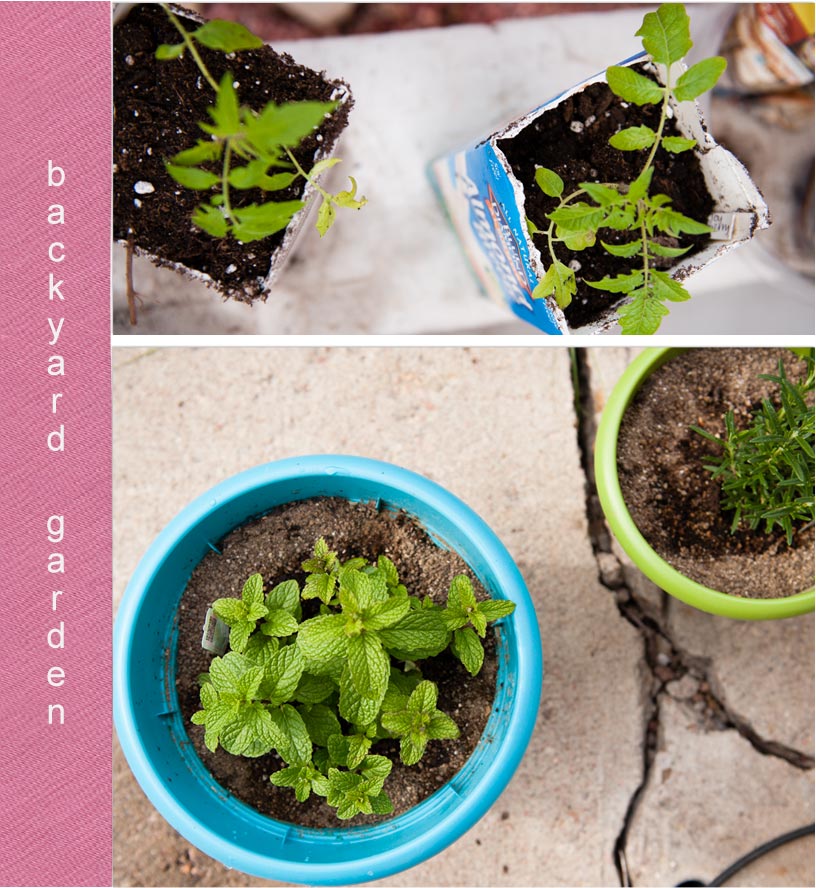 Back in March, I started some seeds – tomatoes, basil and peppers.  Some seedlings made it, some did not.  I’ve learned a ton and you better believe that next year, I’ll be doing things a bit different.  My tomato seedlings were, according the the experts on gardenweb.com, leggy so I have since transplanted them – burying the stems – into recycled milk cartons.  They already look so much better than 2 weeks ago. We’ll see what happens!  I’m tempted to go out and buy a tomato plant since the ones I see at the store are much, much bigger than the plants I started from seed. And I don’t want to wait!

I decided to grow using these self-watering containers – I bought 2 from Lowe’s and 1 from Home Depot and they are the same – and convinced my friend Christy that she should use them too!  Last weekend, we went out to buy our garden stuff.  I convinced her that it’d be cheaper to make our own potting mix than buying pre-mixed bags.  She seemed to go along with it, so we spent the afternoon mixing peat, compost, perlite and lime together in the wheelbarrow.

Christy bought plants and already has them in the containers; hers are the ones with the plastic cover already over the container. I bought a few plants – bell peppers, jalapenos and cilantro – which I put in a container with some cucumber seeds.  In other containers, I’ve started salad greens and other herbs as well. 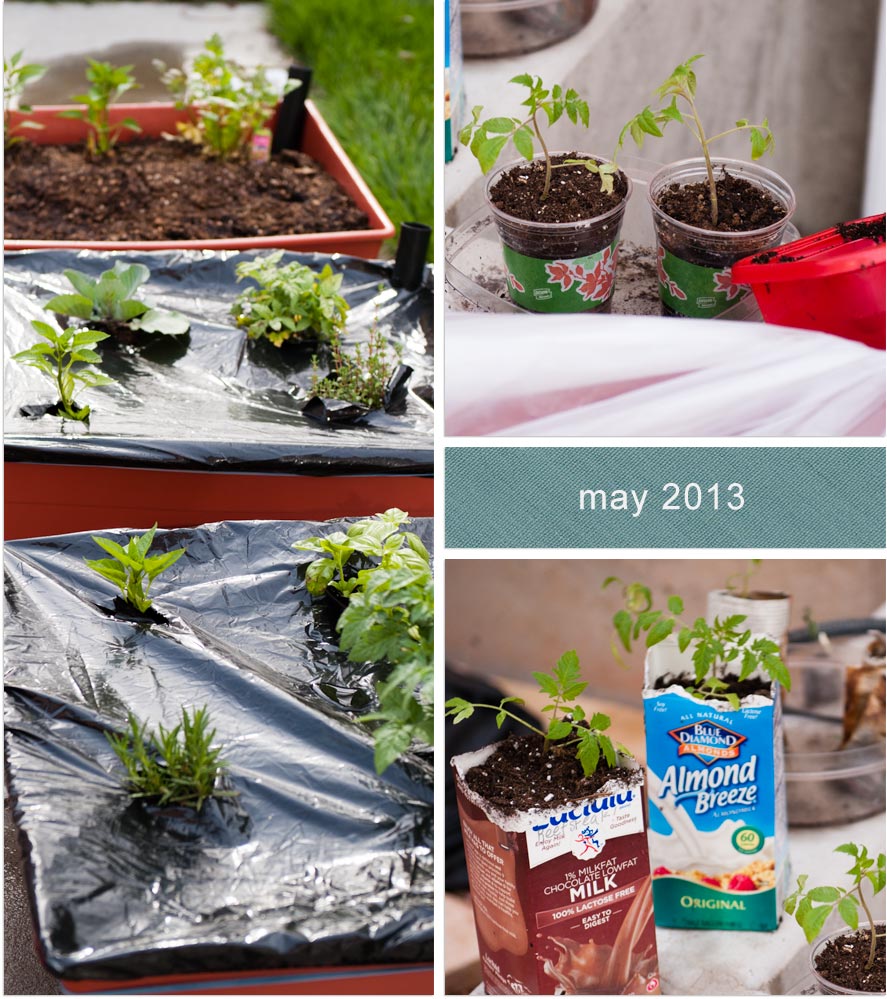 Since I’m just starting out, this project has already cost a bit of $$.  JJ is hoping it pays off with some yummy tomatoes (so am I!).