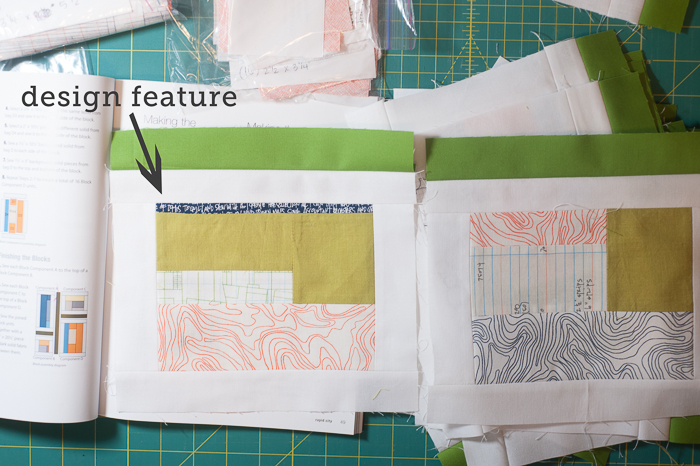 See that little itty bitty strip of navy text fabric? Oops. Its seems that while cutting a metric shit ton of fabric pieces for JJ’s quilt, I cut a few of them 1/4″ short.  And I didn’t realize it until after I had sewn a few of them together.  No way was I going to rip out seams I had already sewn, then measure and cut new pieces and then sew them up all over again.

One, I still can’t find my seam ripper

Two, I really have better things to do.

So I added a small strip of fabric to bring the blocks to size and continued constructing.

There’s a few more features in the blocks so far too – I accidentally sewed the wrong side out on a few of them. Because the prints are so light and low-contrast, I don’t think its really even that noticeable a difference. I know for sure that JJ won’t notice. Man, I tell you, I was on a roll piecing these guys together. I just wasn’t paying too much attention to which side was facing where. 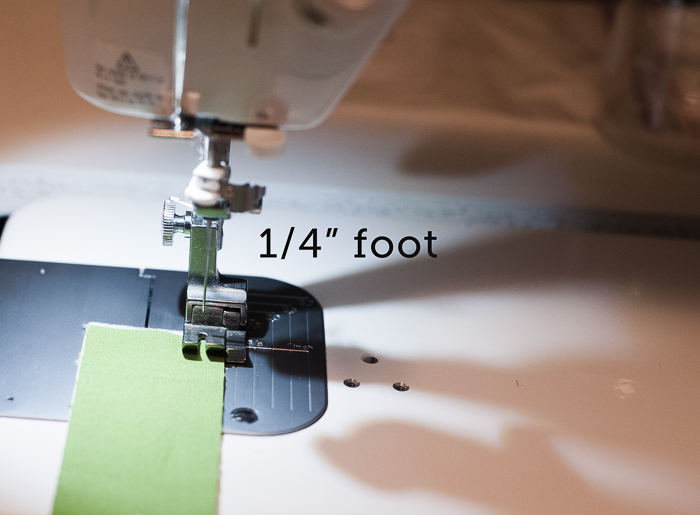 Oh! And I’m really geeking out over the 1/4″ foot that came with my Juki.  This thing is rock solid. The metal block on the right doesn’t seem to move when sewing. It keeps that seam allowance at an extremely consistent 1/4″. THIS MEANS THAT MY BLOCKS ARE COMING OUT THE SAME SIZE! With pretty much no effort on my part. Thus, I am now a lazy-but-accurate block piecer. 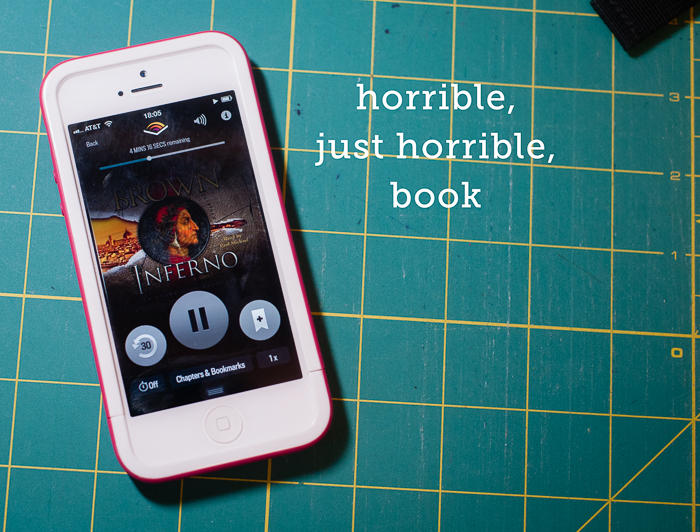 On a somewhat-related note, I’ve been listening to Inferno by Dan Brown, narrated by Paul Michael, while working through this quilt.  I usually throw on a tv show or movie via Netflix or Amazon Prime, but I recently joined Audible.com.  Its not a bad deal  either; For $15 a month I get one credit to use or the option to purchase discounted audiobooks.  Inferno is a bit pricier than most options in the library, so I waited and used a credit for it. And I’m glad I did not pay $$ for this garbage.  I’m even kind of irritated that I spent a credit on it. My apologies to any Dan Brown fans out there, but this is just awful. He has good stories, but they are the SAME story. If you’ve read The DaVinci Code, just sub out a few details and you’ve pretty much got the story.  Oh, and he’s an awful writer. I’m not sure why I thought listening to this book instead of reading it would be better, but its not. Don’t get me wrong, I’m entertained, but I am more than slightly annoyed. I’m at the point now where I just want to get to the end and he just keeps going. Blah blah blah blah blah.