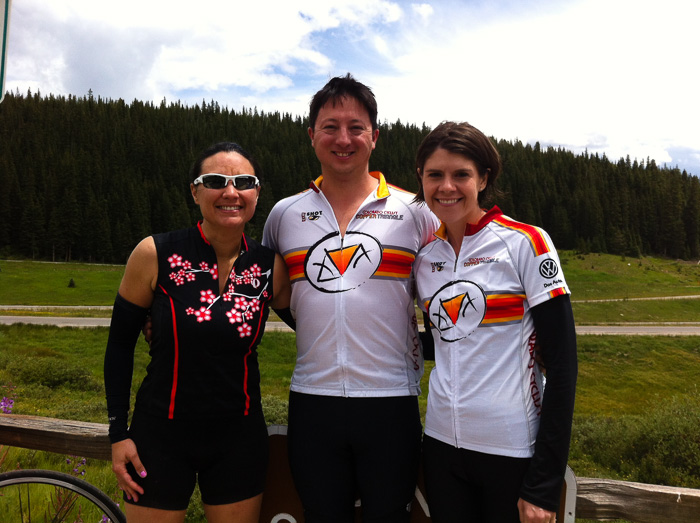 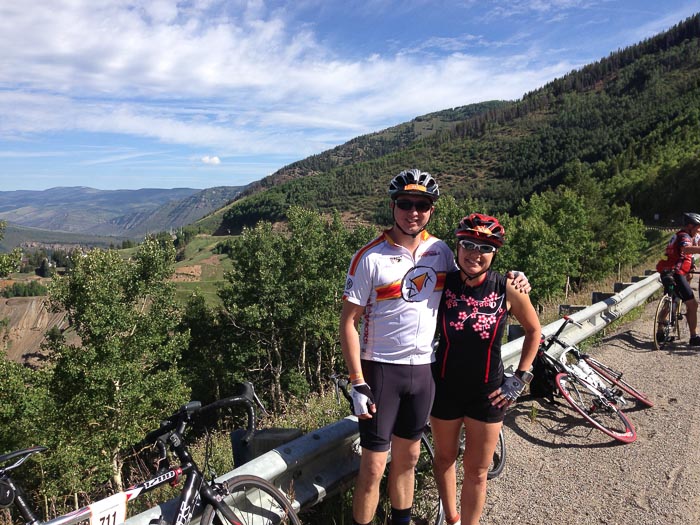 …and Vail Pass sucks just as much as I remember from the previous two Copper Triangles I’ve done.

Geoff’s girlfriend Ashley joined us this year. And since she beat us up all three mountain passes on the course, we’ve dubbed her Hill Killer.

We started super early: 0530. BTW, that’s earlier than I usually get up during the week to work out. Mountain weather can be unpredictable and the forecast called for thunderstorms beginning around 11 am. Fortunately it didn’t rain on us while we were out on the course, and the clouds rolled in around noon – just as we were beginning Vail Pass. After slugging through Vail – a long boring stretch – with the sun just beating down on you, the cloud cover was nice.

I made a huge mistake – I didn’t eat enough before or during the ride and I paid a hefty price for it. The first half of Vail pass wasn’t terrible, but the second half…ugh. At one point, it seemed that every muscle in my body cramped. I was getting dizzy. It was not fun. The last two miles to the summit took me way too long. And that was supposed to be the ‘easy’ part of the climb.