From the Ravelry Group Page

The One Rule To Rule Them All: Challenge yourself by starting and finishing one or more projects during the 2016 Summer Olympics.

What will be a stretch for you? It could be a new technique, that first sweater or pair of socks, something massive, something delicate, or maybe finishing that monster in the closet. The goal of the Ravellenic Games is to support you in expanding your knitting/crocheting horizons.

I’ve mentioned it before, but Ravelry is like the best website for knitting/crocheting. Community driven, visually pleasing and an amazing resource – if you knit you should be on Ravelry. Every Olympics, a group starts up and thousands of people join in to ‘compete’ in different events. I’ve joined a team of knitting redditors called Team Upvotes. But truthfully, there’s no competition and you don’t need to join a team. The goal really is … whatever you want it to be. Though it is fun to participate in something that a whole bunch of people from all around the world are doing at the same time.

I think I’ve been a bit ambitious in my goals for the next two weeks. I’ve entered three “Events” WIP Wrestling: Strokkur  I am seriously still only like 4 rows from completing this. 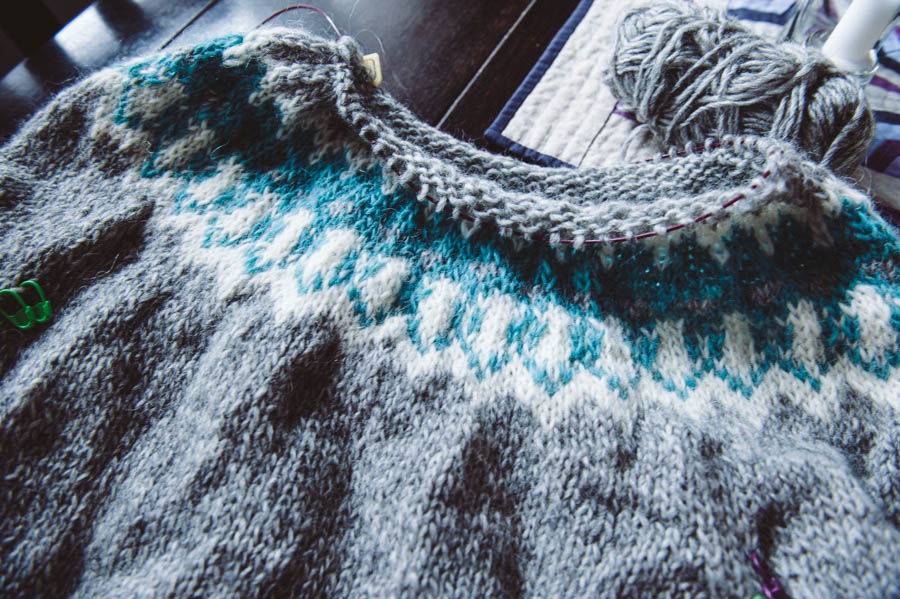 Sweater Triathlon: Blank Canvas I’ve had this yarn for over a year, with the intent to knit this sweater. The two yarns will be held together to create a pretty unique color. This event is a bit ambitious because, well, it’s a sweater. 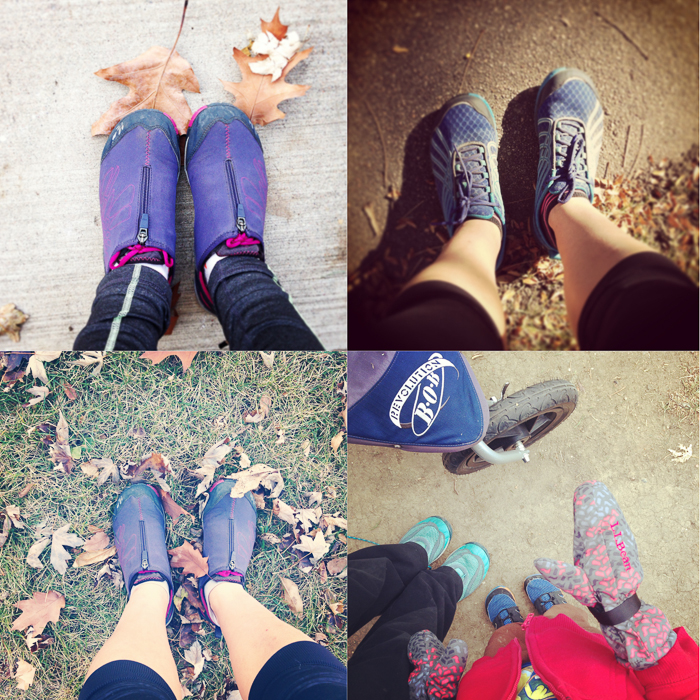 I don’t have a post that outlines my goals this month. But just because I didn’t post them, does not mean I don’t have goals.

One of my goals is to run a mile every day – until the New Year. I started on Thanksgiving day with a 4.5 mile run around the neighborhood – and what a beautiful morning that was here in Denver. There were tons and tons of people out running, walking, playing touch football at the park. It made me happy to be out there with them, too.

So. A mile a day. I read an article in Runner’s World awhile ago, and is just seems like a good idea. (Here’s a link to the 2013 version of that same article if you are interested.) I’m planning on posting photos to instagram (I’m fivebaht if you want to follow along with me) with the hastag #mileaday. 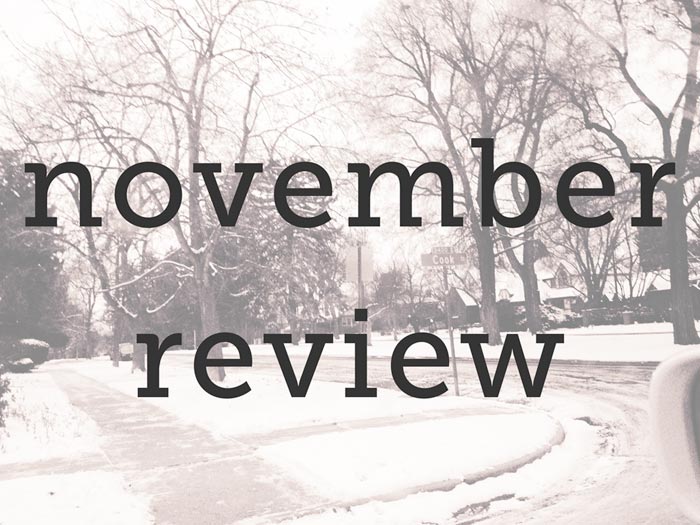 So… November was a crazy, but fun month. I didn’t get nearly everything accomplished that I wanted to, but I’m ok with that. I’ll just move them on to December. Here’s an update:

Crafty:
* Red Sweater: complete 25% – Ha. Nope. I didn’t even pick up the knitting needles at all in November.
* Done!
* Done!
* Finish the quilt for my seester! – So, I decided to scrap the scrap quilt for her and do something different. Stay tuned for a blog post highlighting this quilt for her.
* Done!

Run:
* Done! Ok, so I squeaked this one in on November 30th, but I did it.
* My speed work included 800m repeats (on a track no less!), a 3ish mile tempo run, quarter mile-ish pick ups during a midweek run and during a longish run, I ran the last 10 minutes at a ridiculous pace. That last one sucked, if I’m being honest.

Yoga:
* focus on hips and quads – work in progress.
* medidate (at least try to meditate) – I’ve been reading The Upanishads for a 6 week yoga workshop. I hadn’t been exposed to this before, and the reading and reflection has been good. 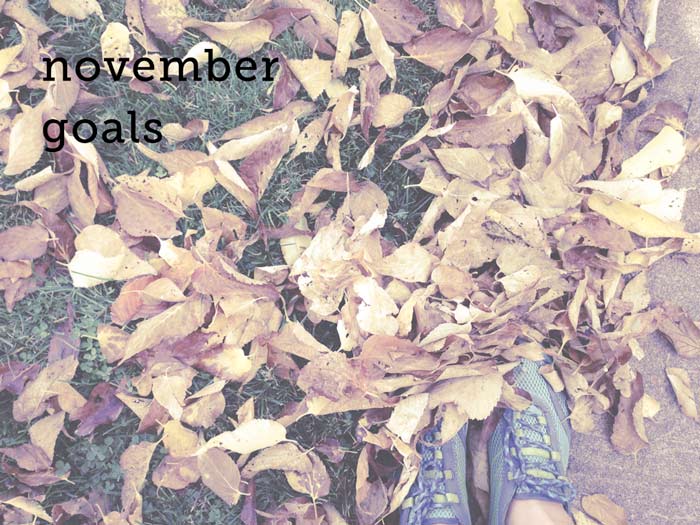 Yikes. I’m looking at my November calendar and it’s just nuts. It’ll be Christmas before I know it!

I sat down and wrote out some goals for the month. And to provide some accountability, I’m posting them here.

Crafty:
* Red Sweater: complete 25%
* Complete the November block in the Sugar Block Club
* Complete the FRMQG Adventure Block for my swap partner
* Finish the quilt for my seester!
* Re-do the binding on my Supernova Wall Quilt

Run:
* 10k: Not sure if this will be a race yet or not, but I want to run the distance this month.
* Add speed work at least once a week

Yoga:
* focus on hips and quads
* medidate (at least try to meditate)

House:
* organize the kitchen and pantry
* create a family command center on the blank wall in the kitchen